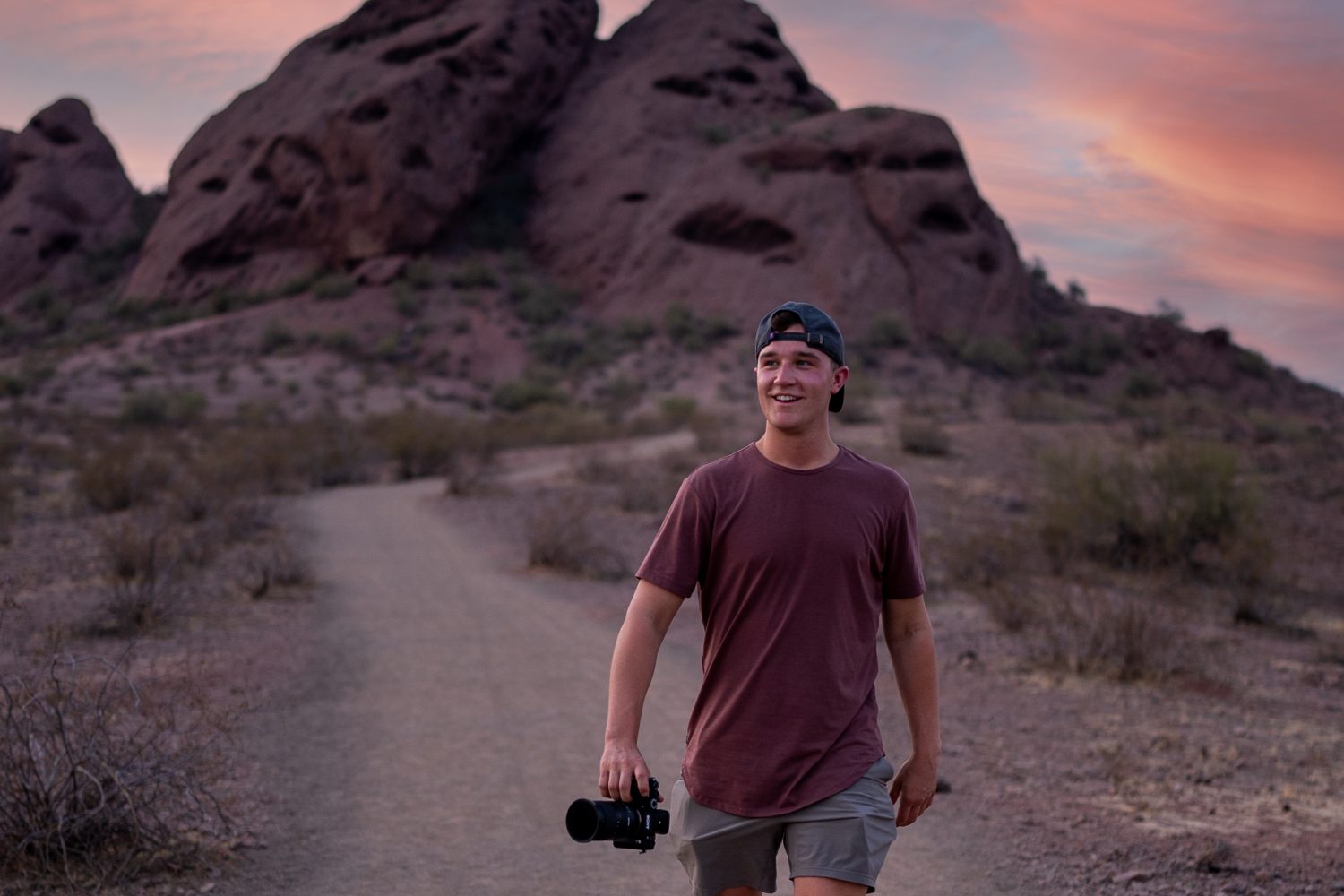 Find a passion.
Perfect your craft.
Turn it into a profession.

How did bloom come to be?

At age 11 I picked up my first camera.

I’ll never forget it was Christmas and we were traveling so my family planned on buying me gifts when we got to our destination. Through a busy Christmas week & a tremendous amount of snow, there wasn’t much time for my family to go to the store and get gifts. As you can imagine this was a huge problem as an 11-year-old kid. However, I was understanding and could see & feel my mom and dad’s stress around the situation.

By the next morning, the snow had slowed down. Plow trucks were out and they cleared the roads enough to where my family could finally go to the store. I remember at the time I was obsessed with three things. Snowboarding, Trampoline & Youtube. These three things consumed my life and my family knew it because I was always asking them to come and watch me jump on the trampoline or hit a jump at the ski hill.

When my parents came home I immediately saw a Target bag. I was super excited but had no idea what it could be. I thought maybe it was a shirt or a new jacket but when I opened the gift I was at a loss for words. It was a camera, specifically a Flip Video UltraHD. I immediately fell in love. I began to take it almost everywhere. Whenever I was snowboarding or jumping on my trampoline I had it with me to capture the moments. I no longer had to bring my parents to the ski hill or drag them to the trampoline in the back of the yard. I could simply record it and show them later.

Fast forward 10 years and 5 cameras I’m 21 with a passion for filmmaking but with a mindset that video production is a tough industry to make money in. I thought that unless I owned Fox, NBC, or CBS I was never going to make money. Then I moved to the cities. My passion for videography opened new doors and allowed me to connect & collaborate with an abundance of creatives in the city. This is where I discovered that I could do it, I could make a living following my passion and creating content for brands.

After operating as Chase Johnson Films for around six months I found a deeper understanding & passion for the creative space and I wanted to be known as something more. I wanted to create content that helped brands grow. This is when it hit me. Bloom Creativ: Blooming Brands We Believe In. I loved it and I couldn’t wait to show it to the world.

By age 22 I had officially gone live with Bloom. Today we work with brands of all kinds and produce video projects of all shapes and sizes. Whether you’re trying to tell a story, showcase a product, or create a powerful ad for social media, we have you covered.

Our goal at bloom

At Bloom, our goal is to provide only the best when it comes to video production. Since Bloom Creativ is based in Minneapolis we pride ourselves on collaboration. Between our own, in-house skillset and the skillsets of people who work closely with us, we have confidence we can execute commercial projects of any kind.